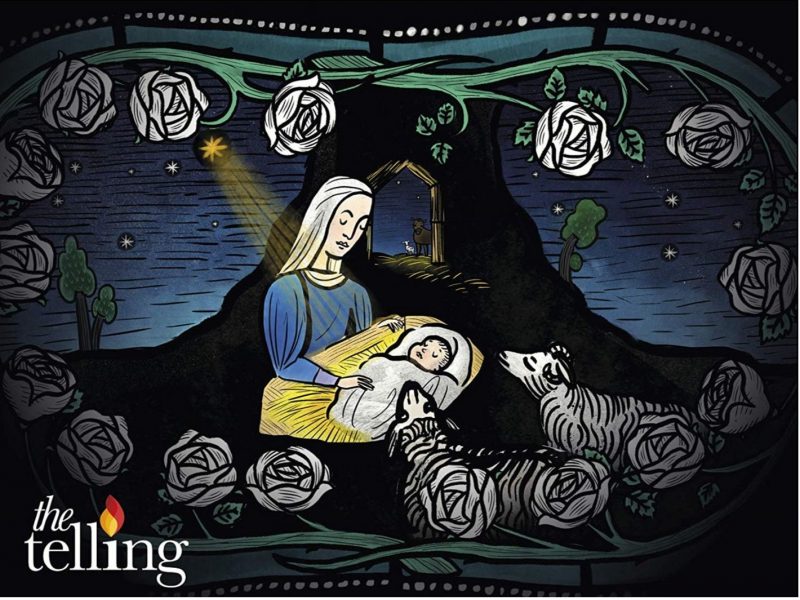 The Secret Life of Carols

Last December The Telling, a small group of singers and musicians of Early Music, had a most amazing response to a broadcast on Radio 4. With an audience of the Rev Richard Coles and Aasmah Mir – alongside Bake Off presenter Prue Leith, who was there to give mince pie recipes – they performed some of the mediaeval carols that they are bringing to us in November.

The Saturday Live audience was entranced. “I was about to turn the radio off,” wrote one listener, “when you started to sing Lullay. My daughter and I were captivated by it. Spellbound, really.”

They gave an astonishing concert in Lympstone in March, when they lit the church to make it look like a Nunnery, and sang the music of the 12th century nun Hildegard of Bingen with heart-stopping perfection.

The Telling create intimate performances that often are “more than a concert”. This time they will project film made for the occasion by the animator Kate Anderson.

The carols will include uplifting and intimate songs from the Middle Ages, and lesser-known Traditional carols from around Europe (England, Finland, Catalonia, France, Germany, Austria), and some old favourites including their arrangement of Stille Nacht (last heard in Lympstone in Oh What a Lovely War).

In the wonderful musical acoustic of Lympstone Church, the Christmas season starts here, with a magical and atmospheric carol concert. Spiced mulled wine and fruit cup along with mince pies and stollen will be included in the ticket price.

Tickets are already on sale through Demelza Henderson on 01395 272243 as well as from the box office.