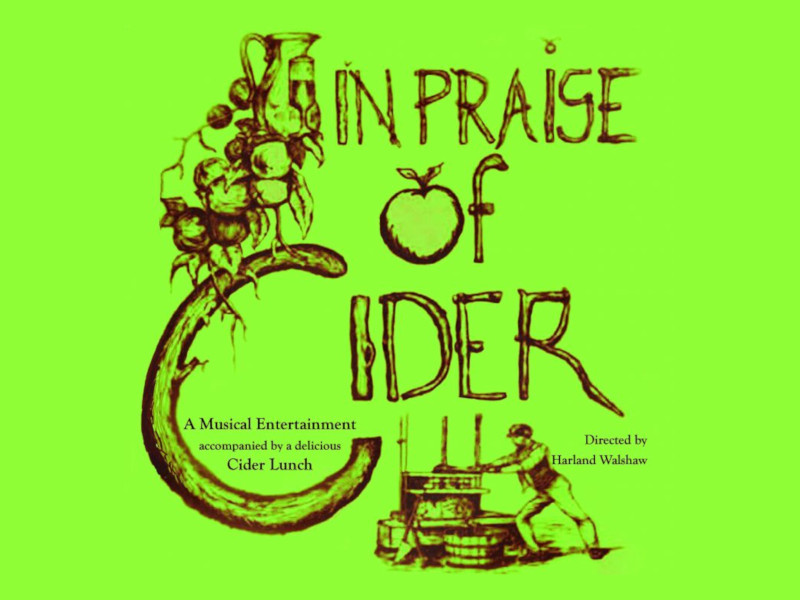 In Praise of Cider

A musical entertainment celebrating Devon’s most famous drink was performed by Paul Downes, Heather Redding and Graham Banks in Lympstone Village Hall on Twelfth Night – but at lunchtime! It featured cider songs and sketches which told the story of cider making in the county, and championed real farm cider as opposed to the fizzy commercial version.

Twelfth Night is traditionally the time for wassailing your apple trees, to make sure that they bear lots of fruit, and the show started with a wassailing song and lots of noise to frighten the devil out of the trees. “Give I a gallon of cider” is the refrain of one of the songs, and under its influence we met Farmer Tasker, who paid his workers in cider; a true blood Romany gypsy, first class, weaned on cider; and the marketing executive of Crossbow Cider, Mr Norman Pretence: “Crossbow shoots a bolt through your thirst!”

Originally devised and written by actors of the Orchard Theatre Company in 1979, it toured the pubs of North Devon and beyond. Directed then, as in this production, by Harland Walshaw, it was a popular success for the Beaford Centre’s professional touring theatre.

Accompanying the 45 minute show was a Cider Lunch, served at café tables.