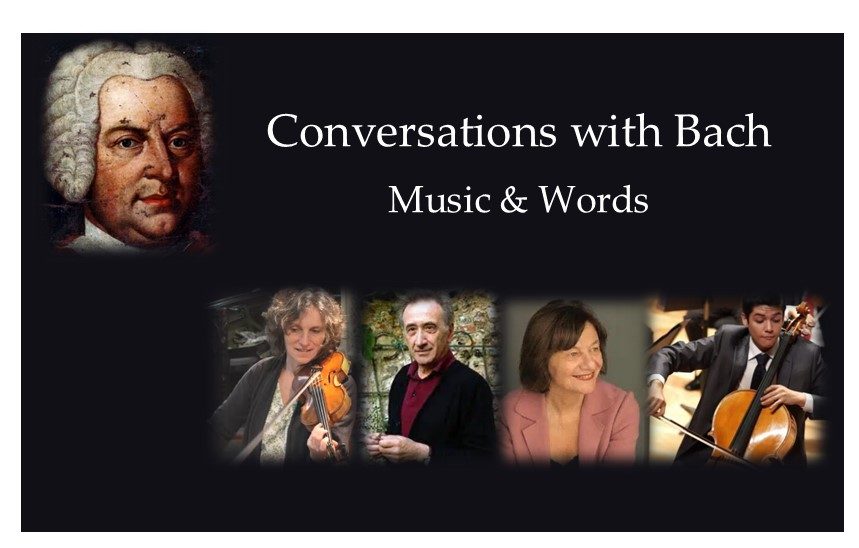 In 1720 Bach completed his six Sonatas and Partitas for solo violin. In the same year, Francesco Goffriller made the beautiful violin currently owned by Krysia Osostowicz.
Krysia has delighted us in the past with her wonderful playing as part of the Dante Quartet and as part of the Brodsky Quartet. This year she has brought together a different group of artists. She writes:
‘My little team is greatly looking forward to coming to play for you in Lympstone on 2nd October. It’s been a pleasure to create this unusual programme of music and words. Bach’s music is interspersed with George Szirtes’ wonderful Bach-inspired poems, while Eva Hoffman’s personal thoughts on Bach provide a unifying narrative.’
The music played by Krysia on the violin and by Miguel Angel Ceron on the cello involves favourite movements from Bach’s Cello Suites in G and in E flat, and from the Violin Sonatas and Partitas, including the Fugue in G minor and culminating in the great Chaconne.
Lympstone audiences will remember Krysia leading the Dante Quartet in our village church with a series of six unforgettable concerts of all the Beethoven string quartets. She is now 1st violin of the renowned Brodsky Quartet.
Miguel Angel was a child prodigy in his native Mexico, and is now the youngest member and Principal Cellist in the Mexican National Symphony Orchestra. He is also a passionate chamber musician. His first CD will be the recording of Arturo Marquez’s cello concerto, at the invitation of the composer, to be released later this year. 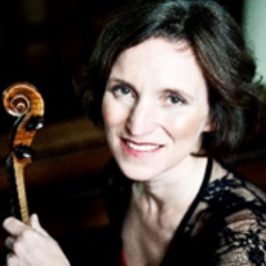 Born in London of Polish descent, Krysia Osostowicz studied at the Yehudi Menuhin School, at Cambridge and in Salzburg with the great Hungarian violinist Sándor Végh. In 1995 she founded the Dante Quartet, recognised as one of Britain’s finest ensembles and recipient of the Royal Philharmonic Society Award for Chamber Music. She has performed throughout Europe, and made many award-winning recordings, including the sonatas of Bartók, Brahms and Ravel, and the string quartets of Debussy, Janáček and Kodály. In the 1980’s she was a founder of the pioneering piano quartet Domus, which travelled the world with its own portable concert hall, a geodesic dome. Krysia runs chamber music courses in England and France, and is much in demand as a teacher at the Guildhall School of Music. She is also artistic director of the thriving Dante Summer Festival in Cornwall. In 2015, with pianist Daniel Tong, Krysia created Beethoven Plus, presenting Beethoven’s violin sonatas alongside companion pieces by ten living composers. The duo has toured  the UK and recorded the entire cycle on the SOMM label. Krysia’s long-standing interest in creative ways of combining music and words has resulted in Conversations with Bach.
Performances of flawless integrity and insight – BBC Music Magazine

Miguel Angel Villeda Ceron started learning the cello when he was 4 years old. Having been acknowledged as a child prodigy by the Mexican Secretariat of Education at the age of 10, he went on to play most of the major cello repertoire as a soloist with major orchestras in Mexico, USA and Latin America, such as The Orlando Philharmonic Orchestra, Orquesta Filarmónica de Jalisco and many others. His first CD will be the recording of Arturo Marquez’s cello concerto, at the invitation of the composer, to be released in 2022. In addition to his promising career as a soloist, Miguel Angel is the youngest member and Principal Cellist in the National Symphony Orchestra in Mexico. He is also a passionate chamber musician. In September 2020, he was awarded scholarships to study for a post-graduate degree at Trinity Laban College of Music in London.

Eva Hoffman grew up in Cracow, Poland and studied music at the Cracow Music Conservatory before emigrating in her teens to Canada and the United States, and eventually settling in Great Britain.  After receiving her Ph. D. in literature from Harvard University, she worked as senior editor and cultural critic at The New York Times, and has taught at various British and American universities. Her books, which have been widely translated, include Lost in Translation, Exit Into History, After Such Knowledge and Time, as well as two novels, The Secret and Illuminations (published as Appassionata in the US).  She has written and presented numerous programmes for BBC Radio and conceived a series of programmes at the South Bank on Writing and Music. Her awards include the Guggenheim Fellowship, Whiting Award for Writing, an award from the American Academy of Arts and Letters and Prix Italia for Radio, for work combining text and music.  She is a Fellow of the Royal Society of Literature, and is currently a Visiting Professor at the European Institute at UCL.  She lives in London.

A child refugee from Hungary in 1956, George Szirtes lives in the UK and published his first book of poems, The Slant Door, in 1979. It won the Faber Prize. He has published many since then, his collection, Reel, winning the T S Eliot Prize in 2004 for which he has been twice shortlisted since. His latest book is Mapping the Delta (Bloodaxe 2016). Beside his English prizes he has been awarded various international ones for his own poetry and for his translations of Hungarian poetry and fiction, including The European Poetry Translation Prize, the Best Translated Book Prize in the USA and the Man Booker International Translation Prize for his work on the novels of László Krasznahorkai. His second book for children, In the Land of the Giants won the CLPE Prize for the best book of poems for children in 2012. He has written reviews and articles for major newspapers, programmes for the BBC and has edited a variety of books. His recent work with composers and performers includes poems for The Voice Project and the carol set by Richard Causton for the BBC broadcast Service of Carols at King’s College Chapel in 2015. His memoir of his mother, The Photographer at Sixteen, has just been published, to great critical acclaim.
A major contribution to post-war literature, Szirtes weaves his personal and historical themes into work of profound psychological complexity. – Anne Stevenson, Poetry Review